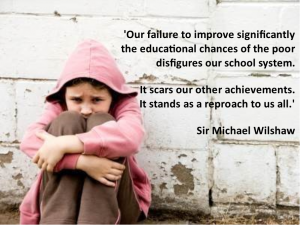 We are delighted to be able to post this letter from Dr Marlynne Grant, to the Prime Minister, on the subject of tackling inequality through education.

While the debate about grammar schools hits the headlines, I would urge the government not to take its eye off beginning learners and the primary schools, which are key to ensuring that EVERY child learns to read and write well enough to take advantage of their future secondary schooling.  The real priority is to ensure that all children (including the socially disadvantaged) become properly literate in the early stages, because that opens the way for them to become decently educated, regardless of the type of secondary school they go to.

In our experience some clever children are still struggling to learn to read and write well.  They will never fulfil their potential.  Even excellent secondary schools will not be able to compensate.

We in the RRF (Reading Reform Foundation UK) aim to promote synthetic phonics, now statutory in primary schools, but this teaching is often diluted in schools which do not teach it systematically nor rigorously.  Instead they mix it with other methods of teaching reading (e.g. whole word memorising, guessing from context, Reading Recovery).  Now in Scotland a play-based approach for beginning learners is being promoted (Upstart programme – Sue Palmer).

Of course play is important but cutting out direct teaching will not help those from a disadvantaged background – it will fail them.  Children love to learn from adults and teachers love to teach children.  Not only is it important and good for all children but it is natural.  It is adults avoiding teaching which is unnatural.

I saw evidence of this ‘child-centred’ approach with High Scope and whole language teaching in the 1980’s both as an educational psychologist and as a mother and I know it failed countless children who did not pick up reading naturally.  Please, we must not go back to this position.  It sounds lovely and caring but it failed and frustrated so many children.  It was at this time that reading failure was thought to be attributable to within-child learning difficulties called dyslexia.  Dyslexia centres blossomed and tried to undo the damage that mainstreams schools were doing by their lack of direct teaching.

I attach a paper I wrote and delivered to the ResearchEd conference in London in 2014 of longitudinal research showing how rigorous synthetic phonics teaching from the very beginning delivers effective teaching for ALL children, even and especially for vulnerable groups like Free Schools Meals, Pupil Premium, summer birthdays, boys, English as a Second Language, slow learners etc.